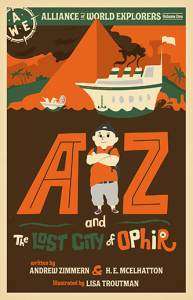 AZ and the Lost City of Ophir: Alliance of World Explorers Volume One

Little does AZ know that this summer will be his most thrilling–and dangerous–adventure yet. After a time-traveling mishap, AZ finds himself in Ophir, a lost city full of wonder, secrets . . . and cursed tombs.

AZ must rely on his new friends and his gut to get him home. But first, he must summon the courage to guard magic artifacts from a repulsive villain. Will blood-thirsty crocodiles, turbulent rapids, and a stomach-churning feast stand in his way? Or does he have what it takes to join the Alliance of World Explorers? 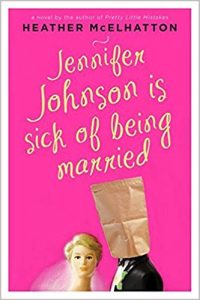 Jennifer Johnson Is Sick of Being Married: A Novel

No so terribly long ago, Heather McElhatton’s flawed, neurotic, yet lovable average American heroine Jennifer Johnson was sick of being single. Now Jennifer Johnson is Sick of Being Married. The author who brought us the wildly popular Pretty Little Mistakes now favors readers with the next delectably eventful chapter in Jennifer’s life, as her new fairy tale marriage (to the wealthy son of a department store tycoon) hits a serious snag, thanks in no small part to a honeymoon-from-hell in a fundamentalist Christian compound and the prospect of a life of bizarre servitude to her devout mother-in-law’s church committee. This is outrageously funny, wonderfully edgy contemporary women’s fiction in the Helen Fielding and Sophie Kinsella mode that anyone who has ever laughed at the raunchy humor of Sarah Silverman or Chelsea Handler is going to love. 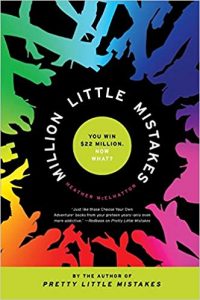 Congratulations—You just won $22 million in the Lottery! So what happens next?

In Heather McElhatton’s second do-over novel, Million Little Mistakes, you win $22 million in the lottery. Given the chance to live like a millionaire, you could realize all your dreams or learn that money only causes more problems. It all depends on the choices you make . . . Should you keep your day job? Stay in your relationship? Save an endangered species? Have a debauched weekend on Sex Island? Buy an aristocrat’s life on eBay or pay off all your family’s debt? Should you climb Mount Everest, trek the remote jungles of China, book passage on a luxury cruise, or become an infamous Voodoo priestess? Is your destiny to become a philanthropist, a pharmaceutical tycoon, a happy homemaker, or a burlesque stripper? Be careful. Your fortune could be lost in a Ponzi scheme; your wildest fantasy may bring you total bliss or lead you to a run-in with extortionists who try to kill you.

There are hundreds of possible adventures sown inside Million Little Mistakes. Some lives end fabulously while others in utter disaster, so choose wisely. You can buy a lot with $22 million, but can you buy a happy ending? 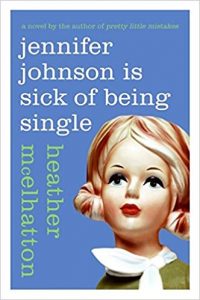 Jennifer Johnson Is Sick of Being Single: A Novel

A heroine with Bridget Jones-like neuroses and klutziness learns the costs of scoring a glamorous life in McElhatton’s delightful second novel (after Pretty Little Mistakes). Jennifer Johnson is a financially unstable copywriter toiling in the marketing department of Keller’s, a family-run Minnesota department store. Jennifer learns her ex is engaged and is subjected to her younger sister’s wedding preparations, horrid dates and a fire in her Hello Kitty–adorned apartment. Enter Brad Keller, the caddish heir to the Keller’s department store fortune. Though at first she couldn’t imagine that he’d ever be interested in her, soon enough they’re dating, and a marriage proposal follows. Things, of course, aren’t exactly as they appear, and Jennifer’s eventually confronted with the classic dilemma: money or love. Jennifer’s a wonderful narrator—honest, witty, self-deprecating and sharply observant—which more than redeems the story’s familiar aspects (gay best friend, high maintenance sibling’s pending nuptials, lame Internet dates). McElhatton blends just enough cynicism into the whimsical narrative, creating a fun romp through a woman’s manifold insecurities. 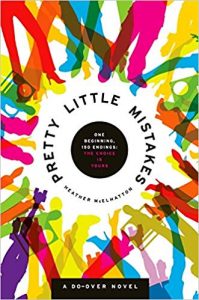 There are hundreds of lives sown inside Pretty Little Mistakes, Heather McElhatton’s singularly spectacular, breathtakingly unique novel that has more than 150 possible endings. You may end up in an opulent mansion or homeless down by the river; happily married with your own corporation or alone and pecked to death by ducks in London; a Zen master in Japan or morbidly obese in a trailer park.

Is it destiny or decision that controls our fate? You can’t change your past and start over from scratch in real life—but in Pretty Little Mistakes, you can! But be warned, choose wisely.