More About "Music That Calms Animals" 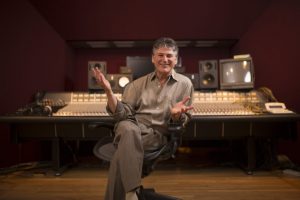 For the past 17 years, Joshua Leeds has devoted himself to studying not only the effects of sound on human brains, but also the way sound affects animals. As a result, he’s developed theories about how to use sound to improve the lives of animals that live in human environments — also known as pets.

Leeds  lives in Ashland, Ore. He’s the president of BioAcoustic Research, and his specialty is sound and its effects on the nervous system.

“We all hear a certain range of frequencies,” he said. “Whales and dolphins hear a different level of frequencies. Cats and dogs hear a different level of frequencies. Frequency is the measurement of vibration. Everything that moves in a periodic fashion has a vibration. Some we can hear, some we can’t. But we are perceiving vibrations on a cellular level. We and just about everything on this planet, with the exception of rocks, are made up of molecules and there is movement in the molecules, and the net effect of that is everything is putting off a vibration.”

Music consists of vibrations as well. According to Leeds, music can help change the vibratory rate of a stressed animal or human.

Leeds said his animal bioacoustic work, originally called “Through a Dog’s Ear,” is based in part on a study done by Irish researcher Deborah Wells, who found that dogs actually had preferences for music, and that they could distinguish the difference between heavy metal, rap and classical music. Through her research she discovered  that classical music was the most calming music for animals.

Leeds used her study to help dogs with anxiety and created 17 albums of classically based music.

“What we’ve figured out is that there are many different ways we can use music to help calm our animals,” he said. “About 10 percent of pets in the United States alone suffer from anxiety, because they’re in abnormal circumstances. That is, abnormal for a dog. They’re living in our human circumstances, which can be stressful. Don’t get me wrong, I love New York, but I’m not sure that having a dog up on the fifth floor, let alone the 50th floor, is a natural environment for them.”

To help animals acclimate to stressful situations, Leeds developed a series of music programs called “Through a Dog’s Ear” and “iCalmPet”  specifically composed for an animal audience. The 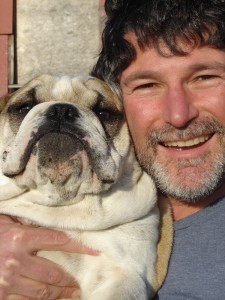 specialized sounds and music are available in a wide range of prices and in multiple modalities, including a book with CDs, online streaming and via a wireless speaker.

“It’s like a high-tech jukebox,” Leeds said. “You leave it with your animal and it keeps them calm while you’re gone. It turns out that music and sound are extraordinary, natural, organic, no-side-effects remedies for animals that suffer from anxiety.”

Leeds created soundtracks for elderly dogs, puppies, cats, and for animals with separation anxiety and noise phobia issues. He thought he’d done all he could with the work until another study was published in Scotland, in 2017, which revealed that dogs also really liked another kind of music: reggae.

“To my knowledge this is the world’s first reggae soundtrack created for animals,” he said. “We used our animal anxiety technology and applied it to reggae music. The results have been outstanding. “

Leeds continues to research the effects of music on animals and humans alike. He believes that what calms humans down can also work on our pets, and that to improve the lives of our animals is to also improve life for ourselves.  “We’re all connected,” he said. “What one of us feels, we all feel. If we can be tuned into that, and if we can have the compassion that understands that, then it allows us to be able to share this experience of being in a beautiful world.”

To find out more about Leeds’ work with animals, visit iCalmPet.com.