More About "Noah the Bird Nerd" 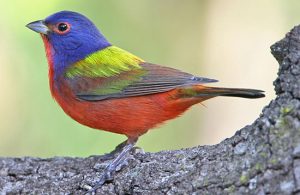 Heather McElhatton: Noah Strycker is a writer, photographer, and ‘bird man’ based in Eugene, Oregon.  He says about 66 million years ago, around the time a large asteroid collided with Earth, all dinosaurs went extinct-except one lineage, which had feathers and wings. Today we call them birds, and they are the last surviving dinosaurs. He says the best thing about them is – they’re everywhere.

NS:  Birdwatchers come from all walks of life. Birding as a pursuit has become this very international activity. I used to think of it as this hobby for first world retirees, but the internet has really brought people together in ways they never have before.

HM: In 2015, Noah went on a “Big Year,” when you try to see as many birds as you can in one calendar year. He went on a quest spanning 41 countries, and all seven continents, and he set a world record, by seeing 6,042 species of birds (more than half the birds on Earth) in one calendar year, between January and December. 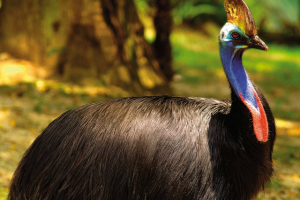 NS:  Usually people do a Big Year in their own county, or home state, or if you’re really crazy  maybe a whole continent, but nobody had ever done a Big Year properly worldwide, so I went for it.  I spent 365 days doing nothing but looking for birds around the world and ended up seeing 6,042 species by the end.

HM: There’s about 10,000 species of birds on earth, and Noah says it was like a massive strategic puzzle to see as many of them as he could.

NS:  So, you’ve got one year to try and track down as many birds as possible, where do you want to go, and where are the most strategic places to find the most species? Not forgetting about islands that have endemic birds you can’t see anywhere else, and isolated mountain ranges and that kind of thing.

HM: One of the birds Noah wanted to see most was the Harpy Eagle.

NS:  This almost mythical raptor of the Western hemisphere, that’s only found in remote rainforests in so America. It’s huge, almost three feet tall, it’s main diet is monkeys and sloths,  that it picks out of tree tops and brings back to its nest, which is size of Volkswagen bus. It’s rare and it was definitely one of the most spectacular bird sightings of my life!

HM:  Noah says birding communities all over the world helped him locate some of the rarest species. Like in Cairns, Australian, when a local paper ran a story about Noah’s quest to find the legendary CASSOWARY bird, he got a call a few hours later. 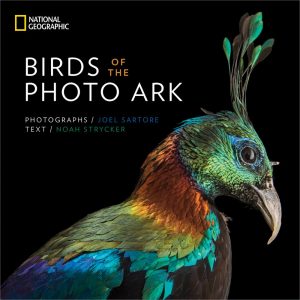 NS: A nice gentleman took me behind his house, and sure enough there’s this bird that looks like a dinosaur,  it’s the third biggest bird in the world after the ostrich and the emu,  stands about as tall as I am, it’s got this crazy cask helmet on top of its head, big pink neck waddles hanging down, this is supposed to be the most dangerous bird in the world because if they kick you they can rip your guts out, but this one seemed super friendly and had two chicks. So, hanging out with this dinosaur in the wet tropical rain forest of Australia was one of the top bird highlights of my life.

HM: Noah says now is the time for more people to start caring about birds, in part because this year marks the 100th Anniversary of the Migratory Bird Treaty Act, the world’s first and most significant conservation legislation.

NS: The migratory Bird treaty act protects birds from being unduly harassed and harvested and that’s part of the reason Natl Geographic has declared 2018 “the year of the bird’ with this book that just came out “Birds of the photo ark”

HM: “Birds of the Photo Ark,” is a new book from National Geographic celebrating the birds of our planet, with text by Noah Strycker and stunning images by international wildlife photographer Joel Sartore. Find out more at a-beautiful-dot-world.

NS: A Beautiful world is full of birds!

HM:  I’m Heather McElhatton and this is A Beautiful World.